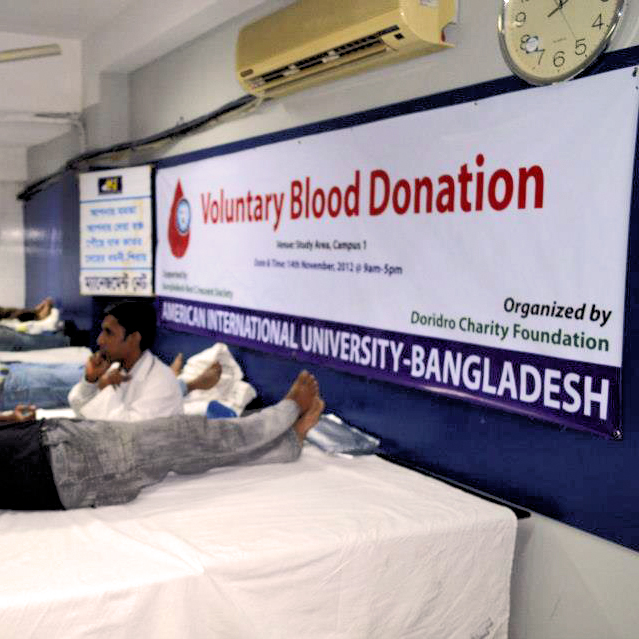 After the huge inspiration from “Blood donation Camp 1”, Doridro Charity Foundation decided to re-launch Blood Donation camping, but this time in accordance with Red Crescent Society in AIUB. It was a huge success. Total 186 persons donated blood for a noble cause to save a life.

Thanks a lot to Minhajul Amin and Linkon Kundu for their extreme support in this programme. Also thanks to Sanaullah Habib and Rifat for their DSLR support in the programme. A special thanks to Nibedito Pran and Shuvo Dip for donating blood as a member of DCF. And last but not the least thanks to all other DCF members who gave their immense support on the blood donation program specially Khaled Masrur Manan, Arafat, Sujad, Rifat Islam, Samium Basir, Shihab and rest of all.

The program was a huge success for Doridro Charity Foundation. 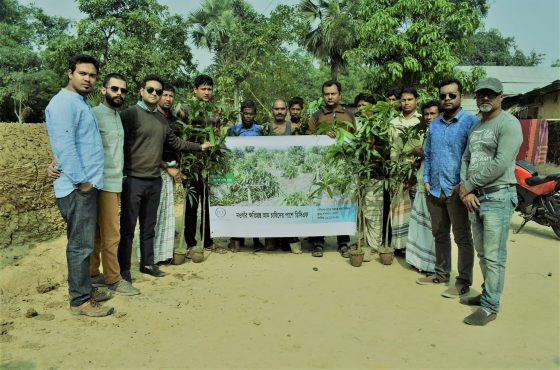 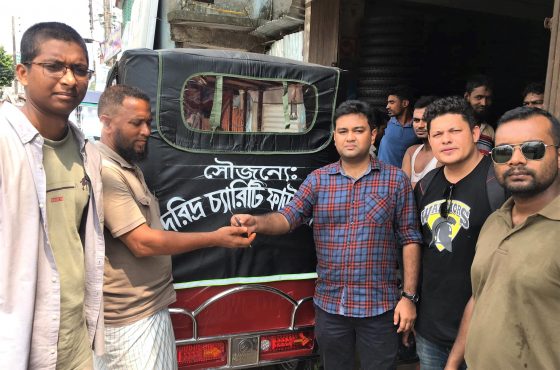